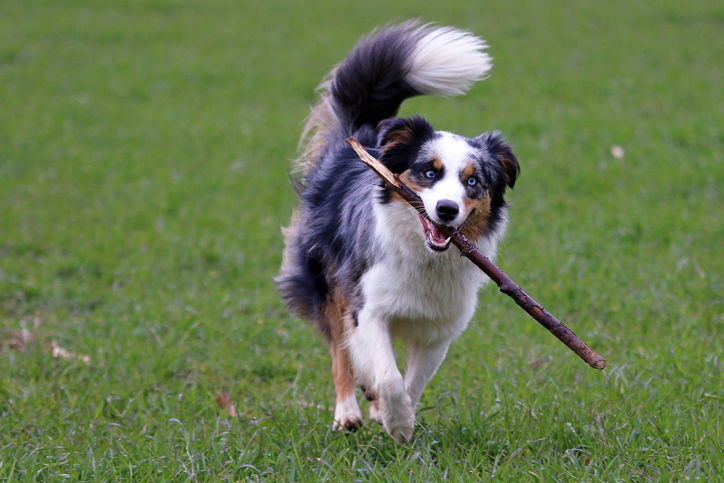 Australian Shepherds are playful, intelligent and loving. Here’s all you need to know about these furry balls of energy!

Given their name, you might think the Australian Shepherd breed, also called the Aussie, originated in Australia. Not so! This breed is American-born. Aussies originated in the United States as early as the 19th century. Their popularity soared after World War II, when they became beloved to the public through events like rodeos and horse shows, as well as made-for-television movies that featured these wonderful pups.

Today, Australian Shepherds are still some of the most popular dogs around. They are excellent family dogs that love their humans, big and small! With their playful disposition, sharp minds, and hearts full of love, it’s no wonder these dogs are excellent companions.

Why We Love the Australian Shepherd Breed

Australian Shepherds are energetic, lovable dogs that are devoted to their families. Sadly, this wonderful breed suffers from overbreeding, which leaves many pups without forever homes. Poor breeding practices (like puppy mills) can also worsen health issues in this breed, such as cataracts, deafness, and hip/elbow dysplasia. Help Aussies escape this horrible fate. If you’re looking to adopt an Australian Shepherd, consider opening your home to a rescue instead!

Whether you’re looking for an Australian Shepherd puppy or a full-grown companion, there are plenty of rescues that are looking for forever homes. Here are just a few:

Find more Australian Shepherds to be rescued in your area