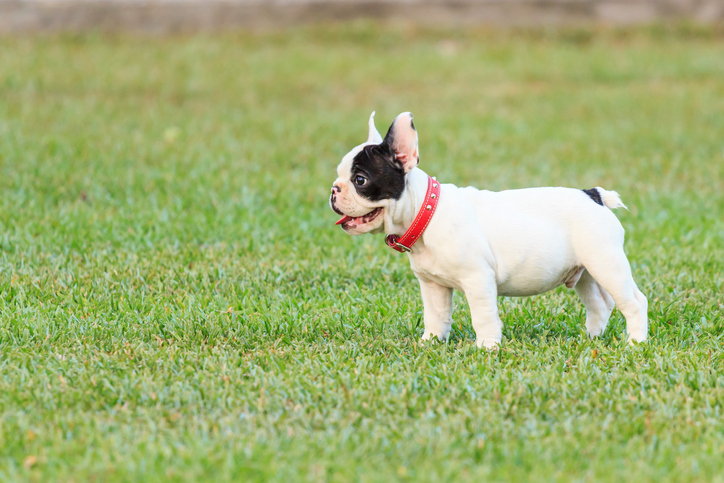 French Bulldogs are known for their sweet, placid nature. Here’s all you need to know about these precious pups.

Did you know the French Bulldog breed has been around since the 1800s? They were bred as a companion breed by English lace makers, who then took their furry friends to France when the Industrial Revolution began. These pups weren’t even thought of as their own breed initially, but that didn’t stop them from becoming a highly sought-after pet! Parisian socialites, artists, writers and fashion designers found the pups highly desirable.

Today, French Bulldogs are known for their sweet disposition, patience, and affection toward their owners. This breed is particularly affectionate with children, especially if you’ve got a female Frenchie!

Why We Love the French Bulldog Breed

French Bulldogs, with their sweet and loving disposition, are incredibly popular in the United States. Unfortunately, this means these adorable dogs are overbred, which can increase health problems in the breed like joint disease, heart issues, and respiratory problems. Put an end to overbreeding. If you’re thinking about adopting a French Bulldog, know that French Bulldogs rescued from puppy mills are often getting their first dose of affection and they soak it up immediately! Become a forever companion to a precious rescue.

Whether you’re looking for a French Bulldog puppy or an older Frenchie, there are tons of rescues that can’t wait to meet you! Here are just a few:

Find more French Bulldogs to be rescued in your area