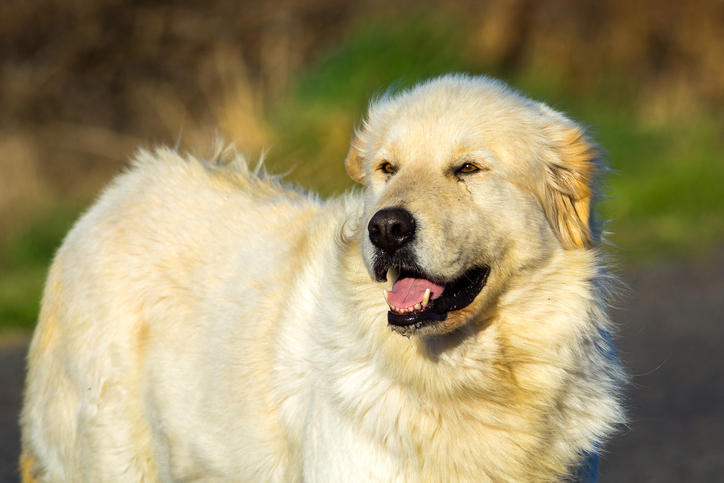 For hundreds of years, shepherds used this breed to guard their sheep in the mountains of France. Today, these loyal dogs stand watch over their families.

This robust breed is known for its imposing stature, booming bark and thick mane, but don’t let their size scare you away. They may look like bears, but Great Pyrenees are the ultimate family companion.

Bred to guard sheep from wolves in the Pyrenees Mountains, today these gentle giants intuitively protect and love small animals and children. But before becoming one of the most popular breeds in America in the early 2000s, Great Pyrenees dogs were a prized choice for French nobility in the 1600s. As the noble guardians of many royal chateaux, Great Pyrenees were both loving companions and status symbols. In fact, in 1675, the king named this gentle, confident, and endlessly devoted breed the royal dog of France.

Why We Love the Great Pyrenee Breed

Their gentle temperaments and gorgeous looks make Great Pyrenees a popular choice for dog owners. However, while well-loved breed’s popularity means that Great Pyrenees can be subject to overbreeding. This can lead to health issues such as hip dysplasia, heart problems and bone cancer. If you are thinking about bringing a Great Pyrenees puppy or adult into your family, consider adopting a rescue dog.

If the loyal Pyrenees is the perfect companion for you, there are plenty of rescues who would love to have a forever home. Here are just a few:

Find more Great Pyrenees to be rescued in your area