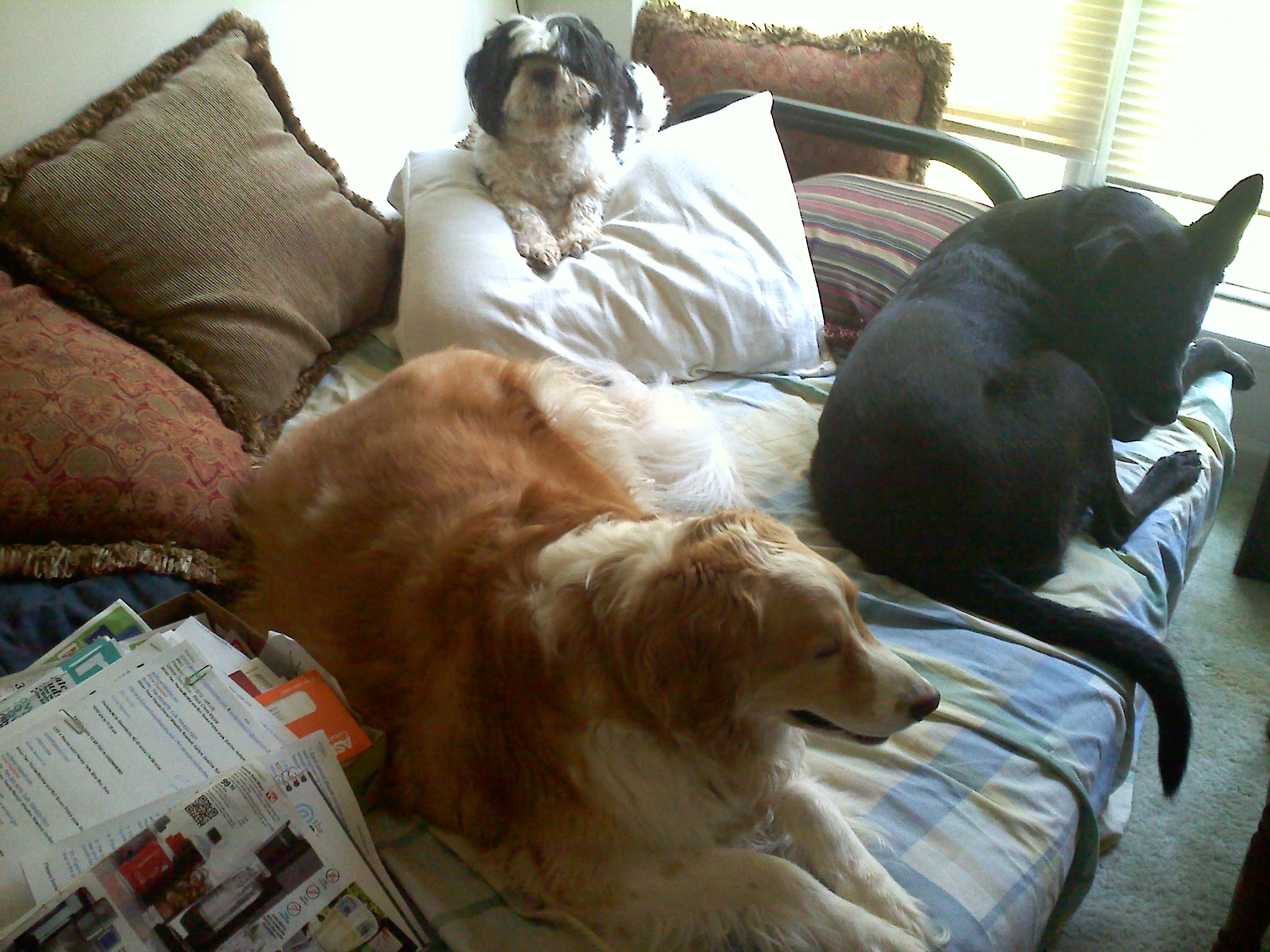 I have three rescue dogs, each from a different situation.

The first one is Ginger and she is a Golden Retriever/Border Collie mix. She was one of a large litter that was left outside a friend's business. They took the litter to the vet to be checked out and then employees and friends started picking puppies. My husband called and asked if I wanted a puppy. This took me by surprise because he had always said no to a dog before. My husband had a difficult time adjusting to the crate training & puppy crying, but managed to survive.

When Ginger was 2 yrs old, I saw a dog listed on Craigslist that had been adopted from the Humane Society for the third time and was, again, being returned. The woman who had adopted him this last time stated that she was having medical problems and had to return him. I told my husband I was going to the Humane Society the next day to adopt him. We took Ginger with us and while she wasn't impressed with him, she tolerated his puppyness.

He came home with us the same day.

I don't remember what his name was, but it didn't suit him, so I named him Harley. He's a black Lab/German Shepherd mix. He is now the love of my life. The shepherd in him made him breeze through training and he's smart as a whip, but he also has the Lab goofiness.

The last one came to me two years ago as a foster. When I picked her up from the transport they weren't even sure if she was a male or female because she was a huge matted mess. I took her to my groomer the next day and was absolutely amazed when I picked her up. She's a Shi tzu mix and she was 12 years old. I have always considered myself a BIG dog person, but after two failed home visits and six months of living with us, I adopted her from the rescue.

She is my dog....she puts up with my husband and sons, but when I am home she is always right next to me. She follows me around the house non-stop and sleeps with Harley and I every night. I have three wonderful dogs that were each dumped by their previous owner. I feel that it was devine intervention from above because they were all meant to be with me - and they will be with me until death we part.

To say that I Love them doesn't seem to explain just how much they mean to me and fill my life. I can't imagine my life without them and dread the day when I have to face day. But until then, I'm grateful every day for them and the love and companionship they give so willingly and abundantly.