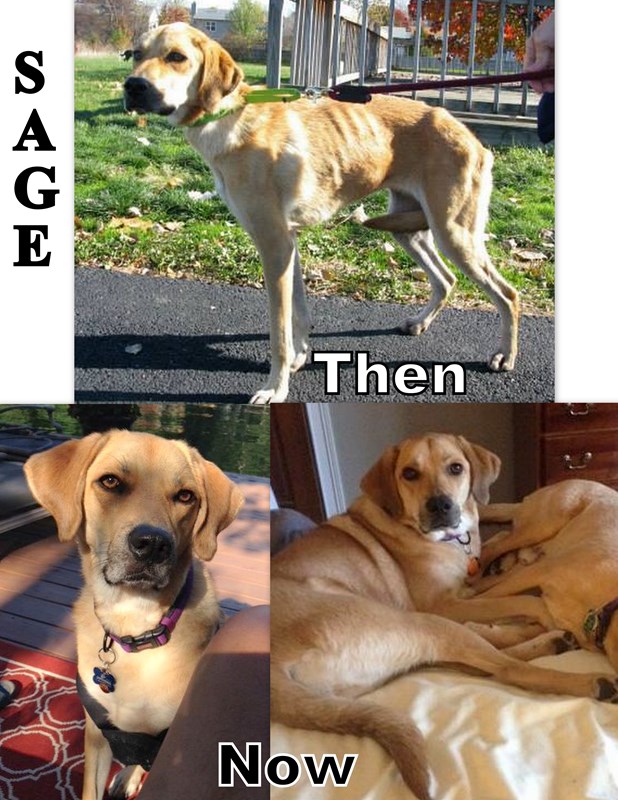 Second Chances When “Sage” was found on the streets of Indianapolis by a volunteer of Waldo’s Muttley Crew, she weighed an appalling 35 pounds - half the normal weight for a dog her size. The vet who later examined the 2-year-old lab/shepherd mix attributed her condition to starvation and horrific abuse. Stories like Sage are familiar territory for Waldo’s Muttley Crew. Over the past three years, the rescue group and its core team of dedicated volunteers have created brighter futures for more than 300 dogs in Indianapolis and surrounding areas. Their mission is simple: Provide second chances for dogs that are either on an urgent euthanasia list at local shelters, strays, or abused and neglected. “No animal is too small, too big, or has too many problems,” says Waldo’s President Kathy McLean of the group’s work. The organization’s noble efforts to find “forever homes” for man’s best friend took an unexpected turn this past summer, however. McLean was informed that a complaint had been filed about barking dogs on the property where many of Waldo’s rescues are housed. That complaint then led to a notice demanding an application for a kennel permit, which the Monrovia Town Planning Commission subsequently denied. Waldo’s Muttley Crew ultimately was given 60 days to remove all of the dogs housed in its “Dog Lodge,” the main hub of Waldo’s and where the majority of animals are first taken when rescued to be bathed, medically cleared, and temperament assessed prior to being put in a foster home or adopted. An exhaustive search was undertaken by the organization to find another home for Waldo’s. After several disappointing setbacks, a new location was found in Quincy, Indiana, and generously purchased by an anonymous donor. Despite the positive turn of events, considerable renovation and construction work would need to take place in order to transform a pole barn on the new property into Waldo’s future “Dog Lodge.” The Rebuilding Begins McLean and the many volunteers who support Waldo’s with both sweat equity and financial contributions are tireless in their efforts to provide better futures for the dogs they rescue. McLean herself works a full-time job during the day, devoting between 80 to 100 hours each week between it and her rescue work. Like all of the volunteers who support Waldo’s, she does so unconditionally. “What keeps me going are the little faces, the success adoptions, and taking in a scared and sick baby and watching it get healthy, grow in confidence, and learn what it's like to be loved,” McLean explains. “The volunteers also are a huge motivator for me. I’ve made so many close friendships with compassionate and intelligent people - mostly fabulous women - who have interests like mine. It’s been rewarding.” The good work comes at a price. The annual expenses to operate Waldo’s Muttley Crew exceeded $70,000 in the past year alone, in part due to several extreme medical cases. The group recently launched an online fundraising campaign at www.youcaring.com/waldosrebuild to rebuild a suitable facility for the dogs on the new property. Thus far, $10,000 of the $40,000 necessary for the renovation work has been raised. Despite the challenges that lie ahead, the volunteers who support Waldo’s remain hopeful - if not more committed than ever. “I'm excited about the new setting for Waldo’s. There will be so much more to interest the dogs,” says one volunteer. “There are fields where deer will be; large trees; a pond with fish and geese; and acres of land for long walks. It’s going to be a very happy place.” McLean reiterates those sentiments. She envisions the new Waldo’s as bigger, better, and taking on additional projects to increase the group’s ability to help the neglected animals it serves. One of the initiatives she hopes to one day get off the ground is the creation of a “Prison Dog Program” at the Indiana Women's Prison. The concept, she explains, is to take hard-to-adopt dogs from Waldo’s to be trained by the female inmates for a period of eight to 12 weeks. After receiving basic obedience training and socialization, the animals would then be returned to Waldo’s and placed for adoption. “It’s a win/win for everyone. We not only are helping the animals, but also teaching these women - women who might otherwise be overlooked by society - new skills and, just as important, that people can see them for more than just their current circumstance,” McLean says. Indeed, it’s all about second chances.